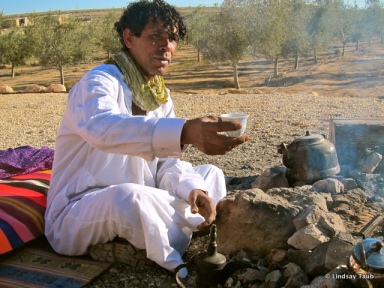 Hospitality is at the core of Arab society

This started out as a comment on another blog. I hadn’t planned on it expanding quite this much. But, since this is my “Other Blog” where I post a little of this and a little of that, I decided to bring it over here. The other blogger, Jaraad, (read that thought-provoking post here) wondered why hate groups and hate crimes are on the rise, particularly in the United States.

All people are racist or sexist or bigoted to one degree or another. We all feel a distaste that may even border on hatred for someone. Most of us, thankfully are able to sublimate those thoughts and overcome those negative emotions. I believe this makes us better people. As an expatriate I think I just might have some insight on that problem. I struggled with it for many years, but now as an ‘outsider looking in’ I can see it in a different way.

I think one of the biggest problems in the USA is the easy availability of guns. The entire culture seems to be built around guns. And, it’s not just the old “Saturday Night Specials” anymore. If it’s a weapon, there’s a damned good chance you can find it, either legally or illegally. The pro-gun groups hold up the Second Amendment right to bear arms as though it were writ in stone by the very finger of God himself when he passed the laws down to Prophet Moses.

Television programs, movies, books, magazines almost invariably involve at least one scene in which the characters shoot at, injure or kill each other. They are inundated daily with guns, but rarely does any of the media deal with the consequences of killing another human being. It looks so easy and is a quick, permanent solution to just about any problem. Does your neighbor wear hijab? She’s probably a terrorist; kill her! Is your neighbor part of a different racial group? He is inferior to you; kill him! Is your neighbor or relative homosexual? He is an abomination; kill him!

It’s a little bit different here. First, guns are quite difficult to obtain legally. But there is something here that runs deeper than strict gun control. I’ve seen it firsthand, in my own life. People here appear to be more accepting of others, whether in spite of the differences or because of them. I’m not sure which it is, or it may be a bit of both. Part of that, I believe may be the practice of the Islamic religion.

Let’s make a comparison here. Christian clerics frequently condemn and judge members of ‘other’ groups, religions, races, etc and claim that God does hates them so we should, too. They make pronouncements in the name of God that any knowledgeable person who reads their own Holy Bible would know instantly God never said. Until now, I haven’t seen or heard that in Islam.

Period. I don’t hear people speculating about what is in the mind of Allah; what he would say in such and such a situation, or any of the things you see and hear Christians doing on a daily basis… and quite publicly! Is Islam the answer? Quite possibly. I’ve no religion at all, so I can’t say for sure.

It could be something else altogether. Perhaps it is the one basic practice of Arab people that transcends bigotry and hatred. The practice of hospitality. This may very well be the answer to all the ills of the world. Every man is viewed as a brother and must be treated well. By the same token, every man can expect to be treated as a brother by others he meets. This hospitality is far better than and superior to any religion and very possibly makes us more acceptable to our Creator.

Ol' Big Jim, has been a storekeeper, an embalmer, a hospital orderly, a medical biller, and through it all, a teller of tall tales. Many of his stories, like his first book, New Yesterdays, are set in his hometown of Piedmont, Alabama. For seven years, he lived in the oldest continuously inhabited city in the world, Amman, Jordan where he spends his time trying to visit each one of the thousands of Ammani coffee shops and scribbling in his ever-present notebook. These days, you can find him back stateside, still filling notebooks.
View all posts by Ol' Big Jim →
This entry was posted in Random Musings and tagged bigotry, Christianity, guns, Hatred, Islam, racism, religion, sexism. Bookmark the permalink.