Mother’s Day is Just Around the Corner! 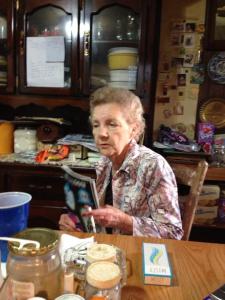 Sunday is Mother’s Day. I’ll have another post on that day that I hope you’ll all be interested in reading. I have a co-author this time. My mother, Norma Wright, shared a few memories with me about being a mother as well as a story or two about her own mother. I really enjoyed them and I think you will, too.

Mother’s Day has an interesting history. Don’t you just love Wiki? Anna Jarvis of Grafton, West (By God) Virginia celebrated the first Mother’s Day in memory of her mother in 1908. She had begun a campaign to create a holiday honoring mothers three years earlier. She wanted to set aside a day to honor “the person who has done more for you than anyone in the world.” The first state to create the holiday was her home state of West Virginia in 1910. President Woodrow Wilson signed the proclamation declaring the second Sunday in May as a national holiday honoring mothers.

After she got what she wanted, Jarvis came to resent the commercialization of the holiday and wanted to do away with it. She said the day should be about sentiment, not profit. She organized boycotts and threatened court actions to stop the commercialization. In 1925 she was arrested for disturbing the peace after she protested against the American War Mothers who were selling carnations. You just can’t please some folks, I reckon. 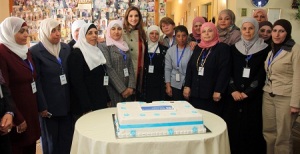 Her Majesty Queen Rania Al Abdullah paid a visit to the SOS Children’s Village Amman, where she celebrated mother’s day with children and their caregivers in the village.

Other countries have adopted the holiday, making it pretty much a global phenomenon. Here in Jordan, Mother’s Day is celebrated on the vernal equinox.

Well, I reckon that’s about enough dry history. I’m coughing dust here. Be sure to pop in on Sunday to read what Mother and I came up with to recognize the day. You’ll enjoy it and I know she’ll enjoy knowing that folks from all round the world enjoyed her story! I hope to see you on Sunday!

While you’re out and about, you might want to visit these good blogging friends. Follow them. Tell your friends about them! 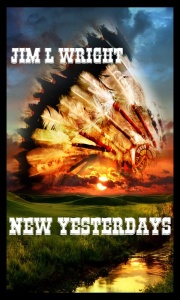 Ol' Big Jim, has been a storekeeper, an embalmer, a hospital orderly, a medical biller, and through it all, a teller of tall tales. Many of his stories, like his first book, New Yesterdays, are set in his hometown of Piedmont, Alabama. For seven years, he lived in the oldest continuously inhabited city in the world, Amman, Jordan where he spends his time trying to visit each one of the thousands of Ammani coffee shops and scribbling in his ever-present notebook. These days, you can find him back stateside, still filling notebooks.
View all posts by Ol' Big Jim →
This entry was posted in Random Musings and tagged Memories, Mother, Mother's Day, random thoughts. Bookmark the permalink.

3 Responses to Mother’s Day is Just Around the Corner!

JOIN ME IN BRIXHAM BAY ~~ HOLD TIGHT TO THAT HOLIDAY DREAM ~~