The little town of Piedmont, Alabama, nestled in the foothills of the Appalachians would never again be the same. The deep, heavy rumble of thunder rolled across the “Mill Village” landscape. But, something was different; the sound seemed to come from underground. Before a question could be formed the surface of the ground bulged upward like a bizarre earthen balloon. The earth suddenly burst open in a blast of intense heat and a rush of superheated air. A propane delivery truck and Harry Wilkes’ car parked next to the house were thrown into the air like broken twigs. The small frame house on Woolf Avenue that Harry inherited from his parents disintegrated into tiny bits of shrapnel that flew in all directions. The twisted wreckage of one truck fell in the YMCA swimming pool two blocks away, while the car crashed next door into Melvin Pott’s kitchen as he poured the last cup of coffee from the pot. The house was instantly engulfed in flames. Melvin, who had never driven, had fought a life-long fear of being hit by a car as he crossed the street. He never knew it was Harry’s beautifully restored 1955 Packard that did him in.

Two blocks away on Eubanks Street, Lillie Pearl Watson was just settling in after her shift at the nursing home when she heard the explosion. She watched in horror as her china cabinet fell over, spilling out her prized collection of collectible plates. The coffee mug she held fell to the floor as the blast of hot air and debris blew the windows inward. Thankfully, she only sustained a few cuts and a nasty bruise where her head made contact with the coffee table.

Nearly every house in the neighborhood was thrown about, broken or otherwise upset. Thanks to the valiant efforts of the fire department, only Harry’s and Melvin’s houses were completely destroyed, but nearly all his neighbors had varying amounts of damage.

“I can’t believe Harry’s dead! Maybe if I’d seen his body, or attended a proper funeral it might be easier to accept.” Like everyone else in town, Walter Morgan was still in shock weeks later. As it was, there had been nothing left of Harry to be viewed or buried. He’d been vaporized in that horrific explosion. 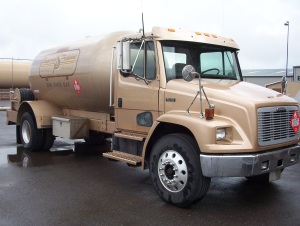 Harry’s Propane had been in business for more than twenty years. Truth be told, it was closer to seventy years because he had bought the business from the original owner, Mr Cleo, when he decided it was time to hang up the nozzle and go fishing. Cleo taught Harry everything there was to know about the operation of the business in just a few days. The more important facets of operating the business came over time. While he had no formal training, Cleo was a master of public relations. He was respected and well liked by everyone in this sleepy little hamlet in the foothills of the Appalachian Mountains. As the months stretched into years, they came to accept Harry as Cleo’s protégé.

Harry had a talent for dealing with people.  Why then, did someone rig his propane truck to explode? What motive could have led to the murder of one of Piedmont’s most beloved citizens?

It’s your turn. Tell me how you think the story will go.

Ol' Big Jim, has been a storekeeper, an embalmer, a hospital orderly, a medical biller, and through it all, a teller of tall tales. Many of his stories, like his first book, New Yesterdays, are set in his hometown of Piedmont, Alabama. For seven years, he lived in the oldest continuously inhabited city in the world, Amman, Jordan where he spends his time trying to visit each one of the thousands of Ammani coffee shops and scribbling in his ever-present notebook. These days, you can find him back stateside, still filling notebooks.
View all posts by Ol' Big Jim →
This entry was posted in Mayhem, Murder, Mystery, You finish it and tagged explosion, Murder, Mystery, Piedmont, propane, Whodunnit, You tell me!. Bookmark the permalink.