The Winter Storm That Wasn’t

The thunderous crash of disappointment was nearly deafening as we woke this morning to find that absolutely nothing particularly exciting, weather-wise, had happened overnight. The picture below will show the piling drifts of snow, downed trees, and utter devastation that didn’t happen.

The wind, though, blasting down from the north is cruel, biting, and relentless. The birds, with their feathers turned inside out, are attacking the feeder like a swarm of locusts. Is that a sign of harsher conditions to come? Probably not. The wee things are just hungry I’m thinking.

It’s nearly impossible to talk about severe weather in these parts without thinking of the Blizzard of ’93. Now, there was a storm! April 1993 it was, and Spring was just making her appearance. It was the first time in my life I’d ever heard of “thundersnow”. At the time I thought it was a new word, coined by our local meteorologist, James Spann. The Blizzard of ’93 is a name write large here, and in an impressive font.

Trees and power lines were down. My parents didn’t have power for 17 days. Mother Nature was pitching a hissy fit, and nothing was safe from her wrath. The streets and interstate highways became an angry snarl of stalled automobiles and trucks.

The thundersnow was an interesting phenomenon, accompanied by eerie green lightning and winds with the power of a Category 3 hurricane. Astonishing amounts of snow fell in great, fat flakes. The official measurement in Birmingham was 13 inches with drifts 5-6 feet high. That storm system, at its height, stretched from Central America to eastern Canada.

And then? Well, in typical Alabama form the temperatures climbed back into the 60s F within a few days and Spring marched in, showing no signs of embarrassment, as if nothing at all had happened. It left us all with many stories to tell, though, I can tell you! 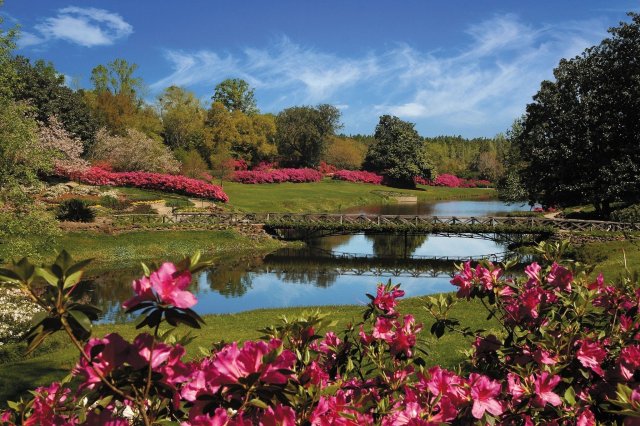 Now then, let me invite you over to Amazon to pick up a copy of New Yesterdays. It’s a thrilling book that you’ll be sure to love. Just click either of the red links and, Poof! A new window will open. The only thing you have to do is walk through and lay down a wee bit of coin, thereby earning my undying gratitude!

2 Responses to The Winter Storm That Wasn’t