Didja Ever See a Leprechaun?

Leprechauns! Who can think of them without a smile? Belief in the wee leprechauns was widespread once upon a time in Ireland. These days, thanks to modern ideas, not so much. Tales about them can be traced back to the 8th century. In those days he was a water spirit called “luchorpán” which meant small body. As time passed, he evolved into the mischievous, heavy drinking fairy we know today. 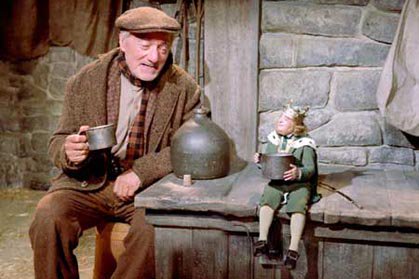 Leprechauns are cunning shoemakers. If you listen closely on the hill, you might just hear the tap-tap-tap of his wee hammer, driving nails into the shoes. William Allingham wrote a little poem called “The Lebracaun; Or, Fairy Shoemaker. It goes like this:

Lay your ear close to the hill.

Do you not catch the tiny clamour,

Voice of the Lepracaun singing shrill

As he Merrily plies his trade? 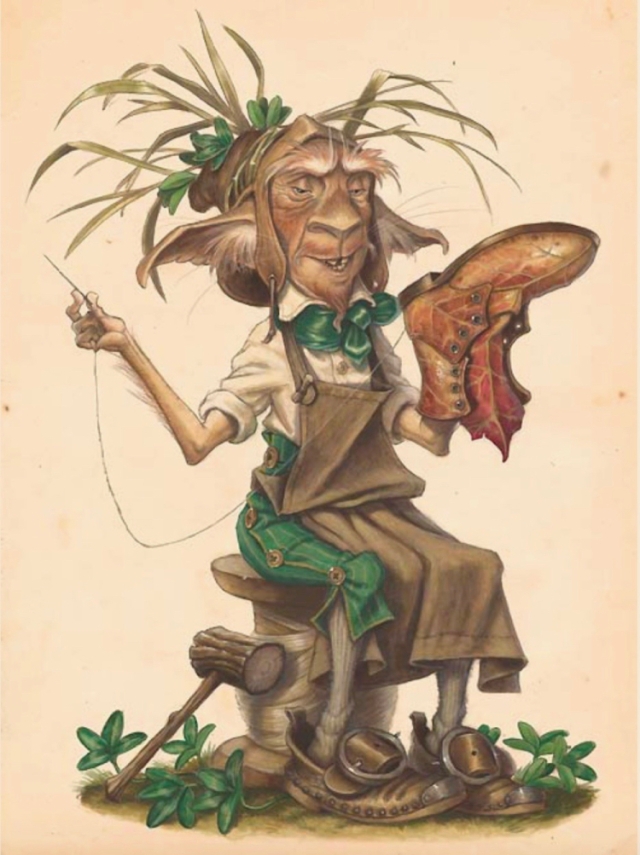 Interestingly, leprechauns are solitary and entirely male. No one in creation ever heard of a female leprechaun! This may account for his affinity for the home-brewed poteen. Highly intoxicating stuff, that! Most folk who know about such things say they are dressed entirely in green, wearing buckled shoes and a hat, and he smokes a pipe.

Leprechauns guard hoards of gold, left by the Danes when they marauded through Ireland. Because humans are greedy, they generally avoid them. If he is unlucky enough to be caught by a human, he’ll promise great piles of gold in exchange for his freedom.

He carries two little purses. One holds a silver shilling. Each time the shilling is spent, it’s magically replaced. The other purse holds the gold coin. This is the one he uses to barter for his freedom. If you’re foolish enough to take it, you’ll find it turned to ashes, or leaves, the moment the leprechaun is released! 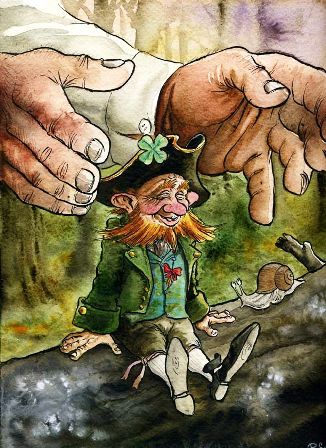 A leprechaun looks a benign little fella, but don’t you believe it. He’s tricky and not to be trusted with anything! I heard a story once, from a man who was wise in such matters. According to him a lucky man caught the leprechaun and managed to get the secret of where his gold was hidden. In a grove of trees, the leprechaun pointed to the tree that his gold was buried underneath. Not having a shovel, the man marked the tree by tying his red garter around it. When he got back to the spot, every tree in the grove was sporting a red garter! Nope. Can’t trust the little blighters for a second!

7 Responses to Didja Ever See a Leprechaun?