Birmingham, Alabama. Nearly everyone in the US, and a great many people abroad, know about Birmingham. It’s a city steeped in history.

The rich veins of iron ore made Birmingham rich. The city grew at an astonishing pace, earning the nicknames The Magic City and The Pittsburgh of the South. It was, all the way up through the 1960s, the very heart of the industrial South. In addition to the steel mills, rails and cars for the railroad were made here.

The seeds of the Civil Rights Movement were germinated in the Magic City. Luminaries like Rev Fred Shuttlesworth, Rev Dr Martin Luther King, James Bevel and many thousands of unnamed heroes fought against Jim Crow repression and demanded to be treated as equals.

These days, Birmingham is a celebrated medical destination. University of Alabama at Birmingham, St Vincent’s (or, as I call it, “Sister’s House”), Brookwood, Medical Center East, South Highlands hospitals, just to name a few are at the cutting edge of health care research and delivery. Patients from all over the world make risky treks to Birmingham, and in many cases, joyful and much improved trips back home.

For many years before coming to Jordan, I was happy and proud to call Birmingham my home. Nestled in the mountain ridges of the Appalachian foothills and watered by rivers and streams, the Magic City’s lush green environment envelopes and embraces as tenderly as the arms of a loving grandmother.

Throughout the country over the past three decades or so, many cities have suffered from the blight of urban renewal. (Notice that I spat that phrase out onto the page and it left a bitter taste behind) Birmingham, on the other hand, has embraced her past; the good, the bad, and the ugly of it; and emerged a much better, more tolerant city for it. It is a beautiful thing to see the old, historic city existing in harmony with the new, sleek, modern city. For me, it conveys the message that we can be all new and shiny only because of those who came before us and made it possible.

Have a look around Birmingham’s Southside neighborhood where I plan to make my home. Do you hear that tiny voice calling you? It’s saying, “Come home to Birmingham!” I’m calling back, “put on the greens and cornbread, the ribs, burgers, and beer! I’ll be back soon.”

Y’all come see us, you hear?

Now that you’re out and about, so to speak, why not pay a visit to some of my good blogging pals? 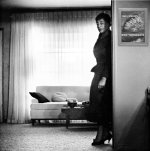 I keep seeing this one copy of New Yesterdays, forlornly waiting the new owner. Why not come on over to Amazon US, Amazon UK, or Amazon India and rescue your copy from a dust-covered life of loneliness?

Ol' Big Jim, has been a storekeeper, an embalmer, a hospital orderly, a medical biller, and through it all, a teller of tall tales. Many of his stories, like his first book, New Yesterdays, are set in his hometown of Piedmont, Alabama. For seven years, he lived in the oldest continuously inhabited city in the world, Amman, Jordan where he spends his time trying to visit each one of the thousands of Ammani coffee shops and scribbling in his ever-present notebook. These days, you can find him back stateside, still filling notebooks.
View all posts by Ol' Big Jim →
This entry was posted in Birmingham, Home, Random Musings and tagged Alabama, Birmingham, Civil Rights, Five Points South, Home, Magic City, St Vincent's Hospital, UAB. Bookmark the permalink.