Some Thoughts on Father’s Day 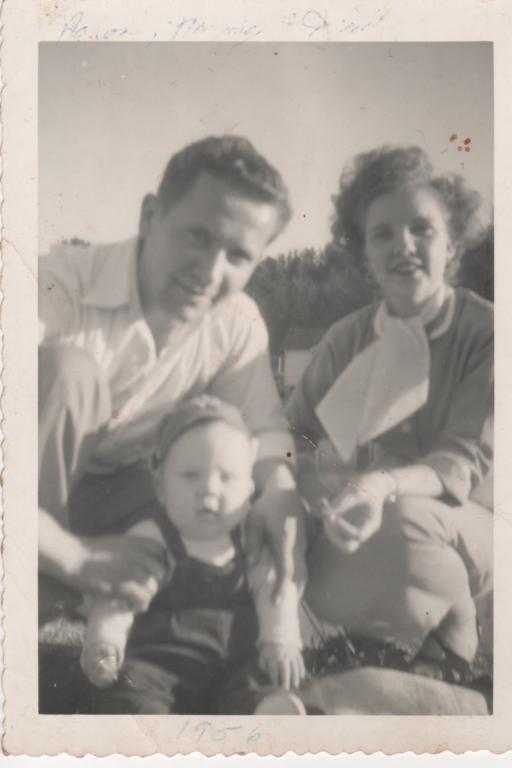 For those of us who are fortunate enough to have a father, it’s easy to allow the ins and outs, comings and goings to cause us to forget to be grateful for the things he did and what he means to us. I know I do.

When I was a lad my Father was the most fearsome creature that ever crept across the face of the earth. Mother was the absolute mistress of using him as a weapon of deterrence. “You just wait till your Father gets home, he’ll hear about this and you’ll be sorry then!”

I clearly remember the day I first began to see chinks in the armor Mother had built around him. I was just shy of my tenth birthday. We were living in a rented house way out in the country. Dad called it “Happy Holler”. Just behind the house, there was a small creek with the coldest water you ever saw in your life. Playing there was a favorite past-time for my brothers Tony, Michael, and me as well as our two cousins, Tommy Wayne and Jimmy Matthew. Their house was about half a mile down the road; our closest neighbors.

Now, that little creek was just lousy with leeches. We were always very, very careful to inspect each other and pull off any of the little suckers that had attached themselves. Mother had strictly forbidden playing in that creek. If we did, she told us, Dad would “cut the blood” out of us.

The forbidden nature of a thing makes it all the more desirable, doesn’t it? We kept our creek time secret successfully for a time. On this particular day though, Jimmy Matthew missed a leech behind my right ear, just as the hairline. You can bet your last nickel Mother didn’t miss it though! I came traipsing into the house all cool and refreshed, just as happy as a dead pig in the sunshine.

“I thought I told you not to be playing in that creek!” I froze in my tracks. I knew my hair was dry; I made sure of that before coming back to the house. Did she somehow hear or see us down there skinny dipping? Did I dare risk a lie?

I was a ten year-old boy, of course I risked a lie! “Mother, we ain’t even been close to that creek!”

She reached behind my ear and retrieved the leech. “I reckon you got this on you playing in the woods, didn’t you?” Before I could respond with a more preposterous lie she ordered me to the front porch to await my Dad with the promise that his punishment would be worse than the wrath of God Himself!

Dad drove an old late 50s Ford pickup truck with a very distinctive engine sound. After about half an hour of dreading my imminent punishment I heard the sound of his truck in the distance and began to tremble. The sound grew closer and I felt the tears begin to sting my eyes. I had a lump in my throat as big as a melon. When he rolled into the front yard, he cut his eyes over at me with that Aaron Wright grin and a sparkle in his hazel eyes. I burst into great guffaws of sobs.

Now, it’s important to mention here that to my recollection my Dad had never punished me up to this point with anything more than a few licks with a belt. And that, only a very few times. But, ICBMs were never used against us by Russia or against them by us and we all feared each other in those days, didn’t we? Weapons of deterrence.

Dad took an interminably long time getting out of the truck, retrieving his lunchbox and loping up the four steps onto the porch. He stopped in front of me with a quizzical look on his face. “Boy, what’re you squalling about?”

“‘Cause you’re gonna whup me!” Getting the words out between sobs wasn’t easy, I can tell you.

“Why in the name of hell am I gonna do that?” He cast a glance through the screen door. I think he was genuinely puzzled.

“Because… me and Jimmy Hardhead went swimming!”

I’ll never forget that moment. After staring at me for a full five seconds he threw his head back and laughed for a full minute. When his laughter subsided somewhat, he reached over and tousled my hair. “Boy, get off this porch and go find something to do!”

I didn’t need encouragement or a second invitation. I shot off the porch like a missile.

I began, from that day, to see Dad in a somewhat different light. We had our ups and downs to be sure as the years passed. Growing up isn’t easy on the child or the parent. Often they are at cross-purposes with each other.

Some six years later I saw Dad as fully human. Mother was in hospital in Gadsden when my brother Tony got sick. She was in a kind of bad way. We couldn’t avoid telling her Tony was sick, but we let on like he was doing fine, just a touch of pneumonia, and would be home pretty soon. Meanwhile his condition deteriorated. We spent night and day shuttling back and forth between the hospitals. It was during those tough days I learned what my Father was made of. He was a tower of strength for my sister, brothers and me.

When Tony passed away, Dad didn’t crumble. He stood firm and tall and strong. He shepherded us through the unfamiliar territory of making funeral arrangements. He talked to us in a way he had never talked to us before. He told us what to expect over the next few days, weeks and months. He told us how he expected us to behave. I think that was the first time I really saw him in the role of Protector.

Think of every adjective you can that should apply to a Father. Every one of them could be applied to my Dad. Despite our disagreements, arguments and ‘rough patches’ he has remained steadfast as friend and advisor.

I could tell you a hundred stories, or more to make you know who my Dad is. Being away from him on the other side of the planet hasn’t diminished I think, but has strengthened the bond I feel with him. As time passes, ‘rough patches’ fade into the background.

When I think of my Dad these days, the image that comes to my mind is that of his twinkling eyes and ready smile, and that huge callused hand always ready to offer help. 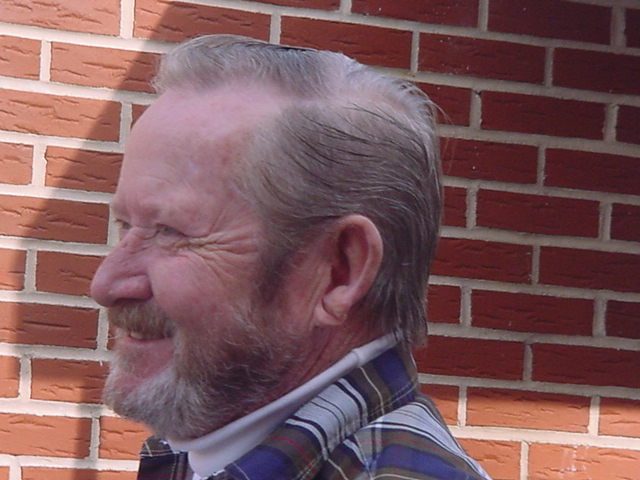 Ol' Big Jim, has been a storekeeper, an embalmer, a hospital orderly, a medical biller, and through it all, a teller of tall tales. Many of his stories, like his first book, New Yesterdays, are set in his hometown of Piedmont, Alabama. For seven years, he lived in the oldest continuously inhabited city in the world, Amman, Jordan where he spends his time trying to visit each one of the thousands of Ammani coffee shops and scribbling in his ever-present notebook. These days, you can find him back stateside, still filling notebooks.
View all posts by Ol' Big Jim →
This entry was posted in Random Musings and tagged fathers day, Parenting. Bookmark the permalink.

16 Responses to Some Thoughts on Father’s Day