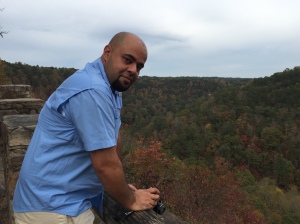 We arrived in Birmingham ten months ago. Hard to imagine so much time has passed by. But, we’ve managed to scoot around the state a bit and take in some sights. Seeing the autumn colors from the vantage point of the Little River Canyon was stunning! The waterfall is breathtaking as it demonstrates the raw power of flowing water. The mist created when the water hits bottom humidifies the air and nourishes the bounteous flora and fauna. 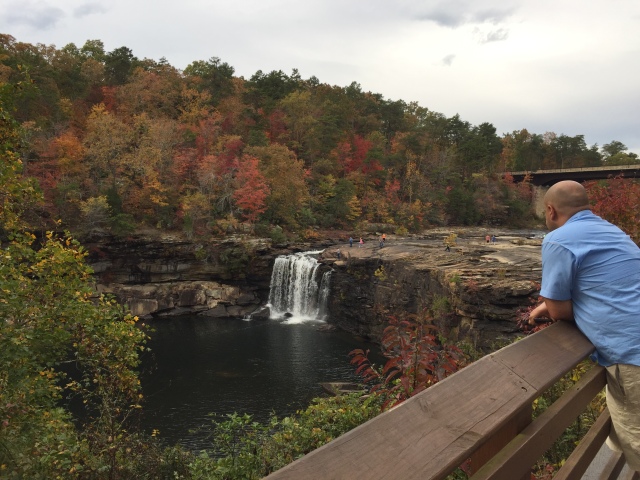 I like to imagine that Jim and Dustu may have passed this way after New Yesterdays ended and Changed Tomorrows took up the tale. The boys found a clue to Jim’s family and trekked up into Carolina, slipped across the United States border, and met one of the McCarley family. That man was able to give more clues that just may lead Jim to his family in the 20th century. I think that’s about all I’ll give away just now, but you’ll have a fine story coming your way soon, so don’t miss it!

If you haven’t read New Yesterdays yet, this is a good time to get yourself up-to-date before the sequel’s release. Go to Amazon.com for the paperback or Kindle edition, or contact me at theolbigjim@gmail.com and I’ll sign a paper copy and get it off to you in the mail. If you’re somewhat local, let me know and we’ll meet up so you can get New Yesterdays. Whatever it takes, I want you to have your copy of this wonderful little tale.

Now, I’ll hush for a while. But, as long as you’re out gallivanting about on the interweb, why don’t you stop by and pay a visit to some of my friends? You’ll read some lovely tales, pick up some information along the way, and just generally spend a good time. Go on now, check them out!

Of Glass and Paper