It’s 1964. Roy Webb Junior High School in rural Piedmont, Alabama is the place. This wee tyke is in the fourth grade, presided over by Agnes Studdard, who had managed, by that time, to achieve near goddess status in my eyes.

Mrs Studdard presented us with a homework assignment that at first filled me with dread. The assignment was to write a letter to a famous person, asking their opinion on the importance of completing homework assignments. The task filled me with dread because I hadn’t the faintest idea who should receive my letter. I briefly considered mailing the usual suspects; John Wayne, Roy Rogers, or Ward Cleaver (Hugh Beaumont). I quickly discarded those candidates as being too busy to be bothered with fourth grade homework.

During supper a night or two later I presented my dilemma to the family.

“Who do you think I should write to?”

Dad fixed me in this blue-eyed gaze.

“Why don’t you write to LBJ? He’s not doing a damned thing anyway, as far as I can tell!” Bless my heart, his sarcasm was wasted on me.

LBJ, for you youngsters, and my readers across the pond, was our 36th President. He inherited the mantle of power following the tragic assassination of our beloved John F Kennedy. The idea of writing a letter to the President of the United States of America sent a thrill right down the length of my three-and-a-half-foot frame!

Immediately after my brothers and I finished washing the supper dishes, I sat down and wrote my letter. I didn’t have stationery, so I had to make do with lined paper from my spiral-bound notebook.

Our teacher, Mrs Studdard, said we should write to someone famous to ask for advice on finishing homework assignments.

Or, words to that effect. I carefully folded the letter, put it in an envelope and addressed it:

Dad saw that I had finished the letter and gave me a nickel (5¢) for the stamp. I ran up the road to the mailbox, carefully laid the letter inside with the nickel on top and raised the red flag to signal the mailman next day that very important mail awaited him.

Every afternoon I got off the school bus, walked into the house and asked Mother whether President Johnson had written me a letter yet. For ages, it seemed, the answer was “No”. After a while, I stopped asking. I’d become convinced that my classmates were right in saying the President didn’t have time to be bothered with my homework.

And, then it happened! One fine day Mother met us at the front door. She held an envelope in her hand, saying casually, “You got mail today” as if that sort of thing happened every day. My sweaty paws grasped the envelope. In the upper left corner, in a plain blue font, I read: 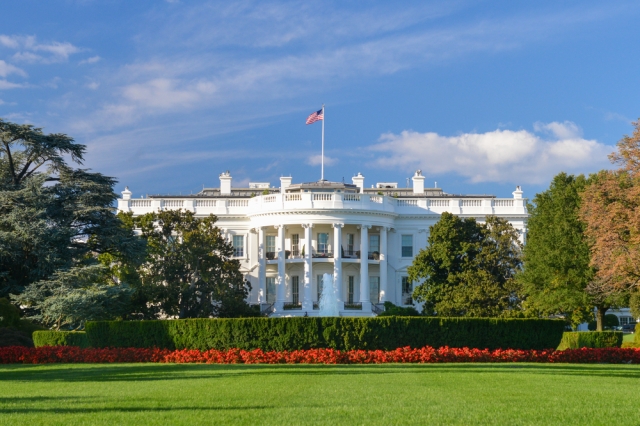 Below that was my very own name preceded by the title “Mr”. Mister? Surely, ten years old is too young to be called Mister? No matter; my heart was swelling! I couldn’t wait to show those nay-sayers at school that they didn’t know what the hell they were talking about. President Johnson, himself, had written me a letter!

Today, more than 50 years later, I don’t remember what President Johnson’s letter said, and I doubt he even wrote it. But, he did sign it. Even now, that warms the very cockles of my heart.

Mrs Studdard and President Lyndon Baines Johnson have long since passed away. But for a time, the two of them made a ten-year-old boy feel ten feet tall, and I shall never forget it.

Want to hear more stories? Pop over to Amazon and get your very own copy of New Yesterdays. Just click the book title and, like magic, you’ll be there!

2 Responses to A Happy Memory – Thank you Mrs Studdard & LBJ!